Before that, though, I’d like to dwell, not on the message, but on the medium. The scare quotes round ‘research question’ in the previous paragraph are deliberate, as is the use of the term ‘narrative’. A narrative this has been, but can it really be called research?

In a sense, all research is a kind of narrative: it presupposes a quest (or research question), a journey (or investigation), typically involving a sequence of steps (the methodology), and concluding with an ending (the findings). And there is often some kind of moral to the story, in the form of the discussion.  A case study, such as that of Wes (Schmidt 1983), is a particularly overt example of a research-story, with not only a narrative but a protagonist as well.

But, if all research is a kind of narrative, is all narrative a kind of research?

In tracing the history of ‘the narrative turn’ in the social sciences, and in applied linguistics in particular, Pavlenko (2007: 164) notes that the advent of narrative inquiry, in the form of diary-based studies, learner memoirs, and autobiographical interviews, has ‘challenged the portrayal of learners as unidimensional abstractions and presented them as human beings who have feelings […], who are positioned in terms of gender, race, and class […] and who exercise their agency in the learning process.’

In a similar vein, Kramsch (2009: 75) argues that, because emotions and feelings are implicated in language use, we need to engage with personal accounts of language learning since these are about ‘the serious life of the self: desire, fear, and survival’.

Pavlenko goes on to argue that autobiographical narratives are not only interesting and easy to read, but that they have value as a medium of reflection both for their authors and for their readers. And she adds, ‘most importantly, they are transformative as they shift the power relationship between researchers and participants, and between teachers and learners, making the object of the enquiry into the subject and granting the subject both agency and voice’ (2007: 180).

Nevertheless, narrative-based research is not without its problems, as Pennycook (2012: 31) acknowledges with regard to his own foray into the genre: ‘Using personal accounts, writing narratives, indulging in literary forms… raises some important concerns, and certainly it may be open to the challenges of self-indulgence, bad research and authorial over-presence’.

And Nelson, in a recent collection of papers devoted to narrative research (2011: 465), admits to being often disappointed by many narrative-based studies: ‘Too much detail, too little depth; too much angst, not enough insight; too much about what happened, not enough about what it all might mean’.

Nevertheless, in the same collection, Benson (2011: 546) defends the use of this line of research, by arguing that ‘narratives of language learning provide insight into both the unique experiences of individuals and the social and institutional processes involved in language learning in particular contexts of time and place.’ And he adds that ‘provided sufficient attention is paid to rigour in data collection and analysis, there is no reason to suppose that [language learning histories], understood here as stories told by learners, tell one any less about this reality than other kinds of data’ (2011: 550).

Provided sufficient attention is paid to rigour in data collection and analysis: there’s the rub. What makes a narrative study rigorous? Has my own ‘study’ been sufficiently rigorous to qualify as bona fide research? Will, for example, a post-test of my level in Spanish, using the same instrument I used for the pre-test (see ‘So, just how bad is it?’), be sufficient to add rigour?

I’ll leave those questions for you to ponder (while noting that one jaundiced blogger has already dismissed what he calls ‘the whole sorry saga’ of this blog, adding that ‘Scott’s account of his experiences as a student are [sic] particularly sparse and lacking in detail’. Yikes!)

Meanwhile, it seems to me that the literature on narrative inquiry has yet to fully embrace blogging, and the potential that the medium offers as a platform for collaborative research. For example, in discussing what he calls ‘narrative knowledging’, Barkhuizen (2011: 395) defines this as ‘the meaning making, learning, or knowledge construction that takes place during the narrative research activities of (co)constructing narratives, analysing narratives, reporting the findings, and reading/ watching/ listening to research reports.’

This definition seems particularly apposite in relation to blogging, for which ‘narrative knowledging’ might well serve as an alternative name. By means of the comments thread, blogging both disseminates and interweaves the processes of reporting, reading and analysis, to produce a richly-textured and multi-voiced documentary account of a dynamic investigative process. What blogging lacks in rigour, it makes up for in vigour! 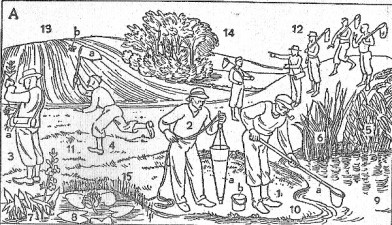 I write books about ELT methodology and teach on the MA TESOL program at the New School in New York. I live in Barcelona. END_OF_DOCUMENT_TOKEN_TO_BE_REPLACED
This entry was posted on Sunday, December 1st, 2013 at 8:00 am and tagged with applied linguistics, blogging, diary studies, narrative inquiry, qualitative research, SLA research and posted in Uncategorized. You can follow any responses to this entry through the RSS 2.0 feed.
« The deep end
I did it! »

11 responses to “‘Autoblogography’ as research”