In a previous post (‘What drives me?’), I described how I had defined my ‘ideal Spanish-speaking self’ in these terms:

Standing in front of an audience of Spanish speakers, talking (fluently and intelligibly even if heavily accented) about teaching – IN SPANISH!

To which, one commentator responded (calling my bluff, perhaps?):

Re your ideal Spanish presenter self, how about setting yourself an achievable short-term goal? For example, the AESLA (Asociación Española de Linguística Aplicada) conference in Seville next year.

My first reaction was that this would be setting the bar too high – I’d be loathe to talk to such an august body in English let alone Spanish. Nevertheless, the challenge was intriguing.

Then I got this email from my friend Duncan Foord, at the Oxford House School of English here in Barcelona:

Re: presenting in English, as Jessica commented on the blog it can be really motivating to have something to aim for, an appointment with fate,  she suggested a talk in April. If that seems a bit far from your ZPD you could do a workshop in Spanish at Oxford House if you want. You would get a very supportive audience of English teachers, and some Spanish ones too and we could limit the size to as few as you want. You could get some feedback from a Spanish teacher too if you wanted. 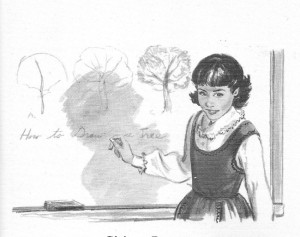 Now my bluff was well and truly called! But the more relaxed and familiar ambiance of Oxford House (I’ve spoken there before – in  English – on many occasions) offered a context a lot less threatening than an applied linguistics conference in Seville, so, not without some trepidation, I said yes. A series of emails followed, establishing the date (November 29th – just  over a week away!) and the topic:

Recharging the batteries: a case study in ‘destabilization’

In our field, the phenomenon of fossilization is a commonly accepted fact. But is it true that the process of learning another language just stops? As a ‘stalled’ speaker of Spanish for nearly 30 years, the speaker has taken steps to ‘destabilize’ his linguistic competence and improve his fluency. These steps include: taking classes, reading, memorizing ‘chunks’, taking a private conversation class, and so on, with the goal of being able to do a presentation, in Spanish, about the experience. This is that presentation!

The imminence of the occasion has really concentrated my mind! So, what have I been doing as preparation?

By doing a search on YouTube for Spanish-language videos that deal with the teaching of Spanish or of languages generally,  I’ve found a number of presentations that I’ve used as sources of useful ‘presentation language’  e.g. aquí tenéis…, en primer lugar…, como he dicho antes… (here you have… first of all…, as I said before…). I was also lucky enough to be able to attend a colloquium on teaching Spanish (in Spanish) at the JALT Conference in Kobe, Japan, last month.

I bought a pile of books on SLA and language teaching methodology and am combing these for relevant lexis and phraseology (interlengua, zona de desarollo próximo, trabajo en parejas… etc).

Using the Anki software, I’ve been keying in and reviewing the vocabulary, lexical phrases and discourse markers that I’ve gathered from the above two activities.

Using Google Translate, I’ve been rendering my blog posts into an approximation of Spanish, and then going through them word by word, using online dictionaries and Google searches, to fine-tune them, correcting the grammar and vocabulary (where I recognize an error) and attempting – through the use of collocations, for example – to make the text more idiomatic. I then re-read these whenever I have an opportunity, and, from time to time, read them aloud.

The forthcoming presentation has become a key theme in the weekly conversations I have with ‘Andrés’ (see the last post), and I use these to revisit the main themes that will form the structure of the presentation, such as identity, anxiety, willingness to communicate etc.

Silently and continuously, in my head, on long walks, at the gym, at three in the morning, on planes. And aloud: with another friend, herself a teacher of Spanish and experienced conference presenter, I’ve already had one ‘live’ rehearsal and have scheduled another. While useful, I’m conscious that these are not taking place in ‘real operating conditions’, and therefore lack the psychological pressure that may in fact reduce me to a yammering wreck on the day. Nevertheless, more than this I cannot do!

So, do I feel ready? Not entirely: I could do with another month at least, I feel. But, as a kind of capstone to this whole enterprise, the challenge is invigorating.

I’ll let you know how it goes!